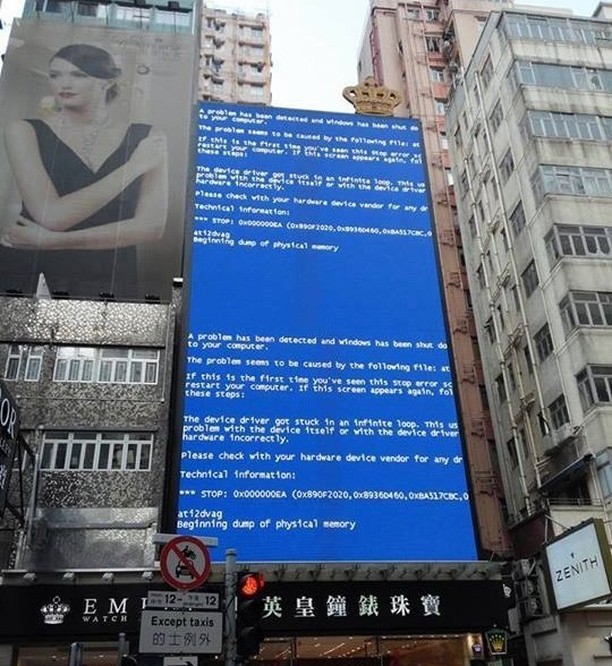 Today’s the last chapter of this series on the Communist Manifesto. Staying true to the form of the past weeks, this finale will analyze the memetic history of the third and last type of socialism antagonized by Marx and Engels: Critical-Utopian Socialism-Communism. We will call it by its initials CUSC for short, as the movement seems to have initiated the cherished Marxist tradition of giving things exhaustive, long names like USSR, DPRK, or LPDR (you get extra credit if you recognized the last one).

CUSC is a bit different from the schools of thought that we have described so far. It can be described as the product of a “primitive” era, right after the French Revolution, when the end of absolutist feudalism was already predictable but not immediately evident. At the time, the Proletariat as a class lacked any strength or ability to organize and thus was completely incapable of any political action. The proponents of this movement identified the acceleration vectors of a society increasingly stratified not only by traditional criteria, but also new economic ones. Thus, CUSC is a school previous to Reactionary Socialism in the evolutionary – not necessarily chronological – sense. It predates the industrial environment which gave life to revolutionary communism. Paraphrasing Marx and Engels: it is in sum a product of class struggle being in an undeveloped state.

Seeing the trends of the 19th century, proponents of this movement such as Fourier or Count Henri de Saint-Simon aimed to change the world’s course for the better, bringing about a completely new society. Deeply seeped in the anthropological optimism of Rousseau and the Enlightenment, they speculated that a society which disposed of most of its traditional structures would be characterized by more justice and social equality. As the engineers of a New Jerusalem, they looked for ways to mitigate class distinctions and were interested in proletarians only in the sense that they were identifiable as “the most suffering class”, according to Marx. Interestingly, these two most important exponents of CUSC came from very different social backgrounds: Fourier was the son of an urban merchant and spent his life traveling and writing, thanks to a modest inheritance; Saint-Simon was an idealistic aristocrat who had joined Lafayette’s army at 17 to fight in the American Revolution, and who experienced many different economic conditions throughout his life.

CUSC is called utopian because it advocated for peace, reconciliation and the mitigation of class struggle. In this sort of naiveté, it has some similarities with Bourgeois Socialism. Its good-willed opposition to revolution hampered the progressive historical development of the Proletariat, which made it counter-revolutionary under Communist eyes. It conflicted with Marxist economic theory and deviated from the materialist dialectical axis of Bourgeois Capitalism => Proletarian Communism => Capitalist Communism. Some examples of this utopianism can be seen in the development of voluntary association into communal living quarters, such as Fourier’s phalanstères (from phalanx and monastery), of which some were established in the USA by his followers. Funnily, Fourier tried to convince Capitalists to finance these subversive communes, and his failure to do so led to none of them being successful in Europe.

CUSC’s critical component is a function of its intent to level all social structures, such as family or religion, which compromised the full and natural development of personality and allowed the existence of a parasytical class. A tribute to their Rousseaunism, theirs is a critique of civilization and an exaltation of the noble savage. Their criticism was notoriously centered in the promotion of sexual liberation: both in Fourier’s and Saint-Simon’s thought monogamy and the nuclear family endured heavy attacks, and some of the memetic roots of liberal-individualist feminism and LGBT discourse can be traced to their ideas. Another feature is their industrialism, most notable in Saint-Simon’s thought. Instead of the proletarian-bourgeois dichotomy, he saw the division as between the productive vs. the unproductive. The Industrial Revolution was not conceived by Saint-Simon as an oppressive tool conducive to proletarian uprising, but as a positive end in itself, capable of making redundant the useless, unproductive public servants, judges, feudal lords, and clergy. He advocated a scientific rule by industrialists and engineers: what would later be called a technocracy.

According to the diagnosis made by the Communist Manifesto, the historical relevance of CUSC is in inverse relation to historical development, as the more class consciousness is advanced, the more meaningless projects of a new, classless society become. Although it is true that they did not survive as political movements, many memes which can be traced to CUSC have survived well into our times, and in a remarkably unmodified form.

The most obvious comparison is with Woke Left ideas about personal identity and sexual conduct, particularly, are clearly a modern iteration of CUSC thought. Historically, these memes were seized for accelerationist and revolutionary purposes by the likes of Antonio Gramsci and the folks at the Frankfurt School. They however, have proved challenging to fit in the revolutionary narrative. The breach between classical Marxism and this Neo-Marxism, which rejects the former’s economical determinism, descends directly from the foundational Socialism vs Communism divergence we’ve been discussing these past weeks. The debate is still alive and kicking in the Modern Left, as Bernie Sanders can attest.

The same happens with other aspects of CUSC ideology. Fourier’s phalanstères, for instance, led to the development of similar communal living projects in other movements, from anarchist autonomous communes to, notably, israeli kibbutzim. This fact perhaps makes it less surprising that Israel, hardly a woke country in many aspects, portrays itself as a Near East’s queer paradise. At this point, it should be made explicit that these Fourierist, associative, voluntary communes are absolutely not to be confused with their distant cousin, the soviet, which is State-established, mandatory and more accelerationist in the sense that it processes social organization even more thoroughly.

A final significant connection also emerges from the waters with this analysis. The relation between hippie culture, techno-utopianism and “California ideology”, which on the surface can seem contradictory, makes complete sense from an evolutionary memetics point of view. After all, when the Count of Saint-Simon joined the fighting in the American Revolution, he stated he did so for “the industrial liberty of America”. The perception of technology as an emancipatory tool is intimately linked to the American Project. The modern, Zuckerbergian iteration of this project certainly makes the cut: a communal space, a personal identity expression platform, and a mega-corporation, all in one. Silicon Valley overlords, with their t-shirts and jeans, look certainly in-character as modern socialist aristocrats of the Fourth Industrial Revolution.

In the end, CUSC shared a destiny with cyberpunk: it became less and less transgressive as the world transformed into precisely what it described. There’s no impact to it anymore: like the special effects from an old horror movie, which now look fake and unscary. Brave New World might have been deeply disturbing for its original 1932 audience; it has become so similar to reality that its dystopic tone actually flies over many people’s heads. The city-noir LA streets depicted in Blade Runner look like any current Western metropolis at night, minus the cyborgs and flying cars; its veiled, Yellow Peril implications are now a given with the coming Chinese economic sorpasso. With coronavirus raging outside, our dependence on virtual realities has become almost mandatory, too; we use our interconnectedness mostly for zoom calls, videogames and Uber Eats, though, so there’s less subversive hacking than anticipated. Past visions, utopic or dystopic, fail as they become just normal. The only thing nobody expected was our cyberpunk dystopia to be so lame.

This was the last chapter on a series about the Communist Manifesto. You can go to the first chapter here.