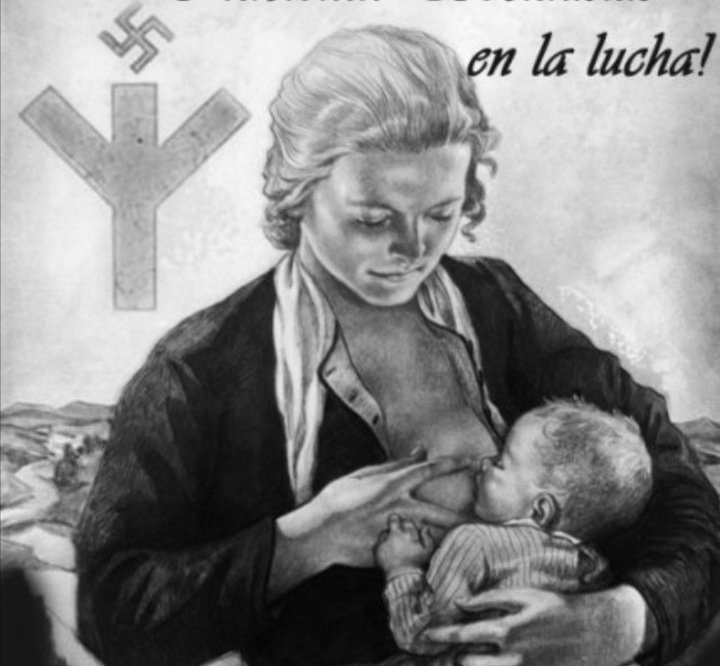 It is impossible to write a misogynist manifesto without a minimal historiographical review, particularly relating to the Ancient world. The author of such a manifesto can count on a very favorable fact for his political project: the aesthetic interest that Sparta and its culture arouse in the general public. Through the simple fact of being a doctrinaire of the New Right, the misogynist will no doubt be familiar with a certain bowdlerized, pop-Spartan aesthetic, as codified by the blockbuster, neocon propaganda movie 300.

Sparta, the dirt-poor, traditionalist, agrarian, landlocked home of laconic warriors and dominating mothers; Athens, the rich, sophisticated, sea-trade hub were philosopher kings come from. Sparta’s grip on modern culture is not new; it has elicited great passions among political theorists since Aristotle, who explicitly mentioned the power held by its women, comparing it wit its rival city. Indeed, the historic rivalry between Athens and Sparta was a favorite topic in the institutional debates of Ancient Rome, which saw itself reenacting Sparta’s role against rival Carthage. Machiavelli too expressed fascination by this contrast; Voltaire, in contrast, poured all his irony into ridiculing Spartan institution; interestingly, both for being feminist and militaristic.

The German National Socialists, heirs to the related Prussian Junker meme,were not immune to the Spartan spell either. In the roles this polis reserved for its men and women, they found inspiration for a new political and educational paradigm. How would have the authors of the Communist Manifesto explained the coming to power of National Socialism in 1933? What conclusions would have they drawn if they had had at their disposal, as a doctrinal document, the speech that Joseph Goebbels gave on March 18, 1933 on the role of the German woman?

“In 1900 two million babies were born in Germany. Now the number has fallen to one million. This drastic decline is most evident in the nation’s capital. (…) The government is determined to halt this decline of the family and the resulting impoverishment of our blood. There must be a fundamental change. The liberal attitude toward the family and the child is responsible for Germany’s rapid decline. We today must begin worrying about an aging population. In 1900 there were seven children for each elderly person, today it is only four. If current trends continue, by 1988 the ratio will be 1:1. These statistics say it all. They are the best proof that if Germany continues along its current path, it will end in an abyss with breathtaking speed.“

Goebbels visited Greece in 1936, and on that occasion stated that if he returned to Sparta, as if 2,500 years had not passed, it was because in this Greek city he could feel as comfortable as in Germany, naturally thanks to the reforms promoted by the Nazis. When evaluating the Third Reich and analyzing its totalitarian, militaristic and racist inclinations, we must remember its vocation as a renewed Sparta, particularly in regards to the role that women filled in it.

As is well known, the Spartan woman was expected by the State to generate offspring so she could provide the community with new warriors. This is exactly what the Nazi regime expected of German women. How would Goebbels find Germany in 1988, the date he explicitly mentions in his speech? Undoubtedly, his most pessimistic forecasts had been met. This is accentuated if we stretch the period to a more recent date: October 30th, 2018, the day Federal Chancellor Angela Merkel announced her departure from power. Angela Merkel: a laid-off, childless stateswoman: the perfect embodiment of the characteristics Goebbels most despised in a German female.

From an aesthetic viewpoint, Merkel is at the antipodes of Goebbels’ own wife, Magda (1901-1945), decorated as an exemplary mother of the Third Reich. Platonically in love with the Führer, in 1945 and faced with the fall of the Reich, she murdered her six children and then killed herself along her husband. As Spartan women sometimes did, Magda had more than one husband in the course of her life. In 1921 she married Günther Quandt, an industrialist twice her age. Apparently, the businessman was more concerned with his work dealings than with having kids; Magda left him and went on to marry Goebbels, only 4 years her senior and father of the six dead children. Thus, her only surviving son, Harald Quandt, was the product of her first marriage. He survived the war thanks to being old enough to become a Luftwaffe officer and fall prisoner in North Africa, a condition which kept him away from his exemplary warrior-mother. After the war, Quandt would go on to thrive in the American-supervised West Germany economic milieu, inheriting a family fortune that stands to this day.

The demographic situation of Germany is common in most all the western world. As Pax Americana advances, fertility seems to decline everywhere. Is this an exclusive phenomenon of the liberal democratic, industrialized world? Well, seeing how the ex-USSR territories are no better (and in many aspects worse), the obvious answer would be a loud no. Only developing countries, especially those of Muslim persuasion, can be expected to consistently stay above the replacement rate in the next few decades. The question, thus, still stands: what would the writers of the Communist Manifesto say about all of this? Is this the way of Progress? Both the Capitalist and the post-Communist wastelands are conspicuously infertile, and their “liberal attitude towards the family” (to use Goebbels’ expression) is to blame for it, as many are already past the industrial stage.

Following the hints left by Marx and Engels’ pamphlet, we know the enemies of the Capitalist-Communist revolutionaries are none other than the Reactionary and Bourgeois Socialists, of which the Nazis were only but a specific brand. Different attitudes towards womanhood seem to be one of the fault lines separating these progressives from their enemies. As Revolution is the motor of history, it is of obvious interest knowing who is who in this fight if one aims to predict the future. Thus, another question arises: who today carries the torch of the Spartan spirit, and who is siding with the Capitalist-Communist evolution?

As we have seen, Mutti Merkel’s EU lacks any trace of the lacedemonian ethos. Almost no country in Europe has tried to wear the Spartan hat since the Nazi era. The European Fourth Reich is a trading juggernaut; Athenian by virtue of its NATO chains, it has lost its taste for war and tradition. Only some factions within it, like Poland and Hungary’s ruling parties or Italy’s Lega, pose a challenge to this situation. A challenge that, not unexpectedly, has revealed the cracks in the EU’s foundations, and that might lead to its complete irrelevance in the near future.

What about Mother Russia, then? Definitely a land power, depending on raw-material exports and with an oversized and proud military, it seems to fit the Spartan bill to some extent… except it doesn’t. In spite of what PUA sex tourists want you to believe, Eastern European women are not “traditional” or “red-pilled”, and divorce, abortion and female labor were a feature of Soviet life a long time before they were a thing in Europe. Despite much shirtless bear-riding and jihadist-killing, Putin is no Spartan natalist either. He has tried to solve Russia’s demographic crisis through one of the most liberal immigration policies of the world, and his coziness with Germany in all important matters (like energy policy) proves this.

China is a completely different object. The trading giant par excellence, it lacks however anything calling back to Athens in its Capital-Communist personality. It is definitely not a philosophers’ paradise, either. It is not Spartan, either. Decades of family planning through the infamous one-child policy stunted its demographic growth, and an aging population has led the Communist Party of China to recently reverse its anti-natalist laws. The impact of the pandemic is yet unknown, but it can be assumed that it will not lead to a rediscovery of warrior motherhood by the Middle Kingdom’s managerial elite.

Finally, we have Trump’s America and its current redefinition crisis. The president made sex and gender a central point in his 2016 campaign, showing off an impressive record on misogyny and generally taking the side of the pro-lifers. His isolationist tendencies are also a Spartan characteristic, as well as his fondness for verbal abuse of opponents. In 2020 the gender question has been somewhat overshadowed by racial disturbances, but even those are loaded in regards to the question of motherhood, especially when taking into account the dismal disparities in the rate of abortion when sorted by race. Ruth Baden Ginsburg’s opportune death has also contributed to bring the issue back to the front; the passing away of the architect of Roe v. Wade has already provided a lot of cringe reaction videos to fuel Trumpist propaganda.

In general, it can be said that the Overton window has moved considerably to the right in the last four years. We will see what happens in November, but American Spartanists have reasons to feel confident.

2 Replies to “Ginsburg v. Goebbels and the search for New Sparta”